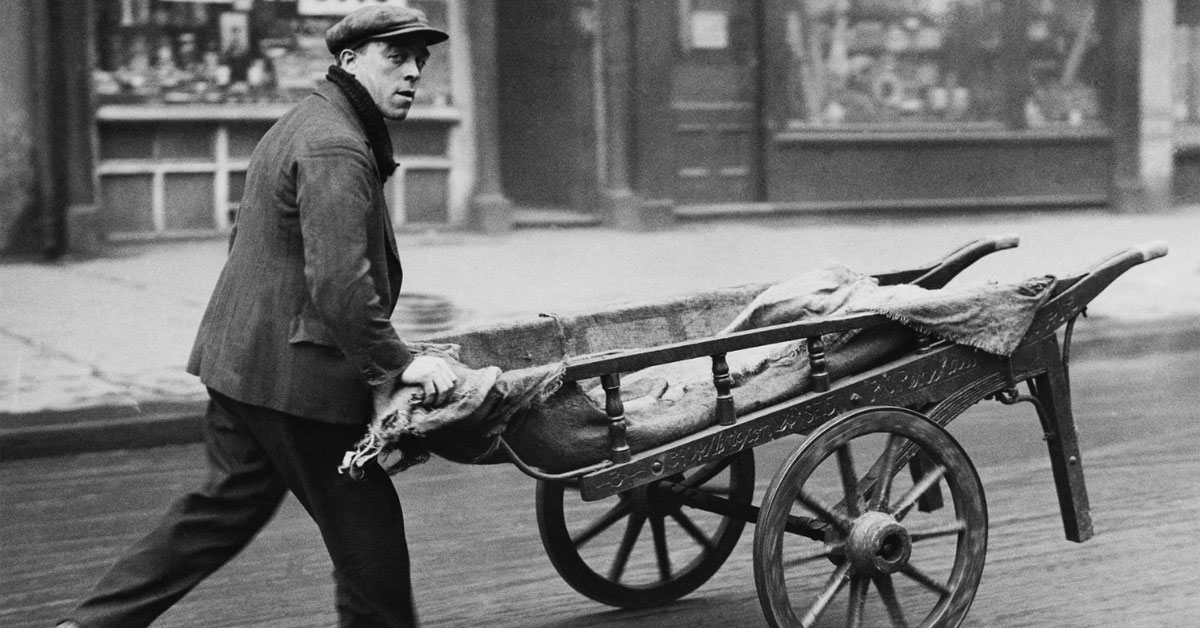 Dear friends, we have a short new story that hopefully will inspire your interest and help you learn English at the same time. At Training Centre Raya London we believe that you need to practice the language no matter which level you are at, beginner or more advanced. And the best way to do this is by reading, telling stories and talking. Read our articles, Retell them and discuss them with friends in English. Don`t forget to find the translation of our text in the English version of the blog!

Once there was a really interesting profession in London – rag-and-bone man. It was mainly practiced by the poor people of a city and here is what it was – city tours with a big, often dirty, bag on the back, full of things that people no longer want. The rag and bone men announced their job loudly, shouting: “Rags!” and “Bones!”, because that is exactly what they were collecting. The rags – in fact old, often unusable clothes – were sold, and bone glue was boiled from the bones. Some of the rag and bone men could afford a small two-wheeled cart in which they carried things they found, while others used the services of a pony or even a horse with a cart. But such “rich people” were something rare in the daily lives of Londoners.

The rag and bone men often carried a stick ending in a spike or hook. They dug up the piles of rubbish left in front of the houses with it and parted the household with anything of any value. The most valuable findings were the metals. 5 pence could be earned with enough sold copper, iron or tin.

It was an amount that would have been achieved by selling old clothes for a much, much longer time. Often, with the thorn of their stick, the rag and bone men scraped between the stones of the pavement, hoping that a nail from a horseshoe would jump out.

The profession rag and bone men was so picturesque that along with the stories of beggars and pickpockets, the journalist Henry Meyhew wrote about it in a series of newspaper articles in the 19th century. He described rag-and-bone men as “inhabitants of poorly furnished houses or rooms” in London. They worked more than 10 hours a day for a minimum amount of money that barely met their needs.

The series of the comedy “Steptoe & Son”, broadcast on the BBC in the 60’s and 70’s of the 20th century, are also dedicated to two rag and bone people – father and son. It follows their lives and their salty tales placing them in very funny situations, based very clearly on the conflict between the generations.

Nowadays the profession rag and bone men has faded and people with carts and bags shouting and asking the housewives to give away their old clothes and the bones left over from the dish, have disappeared. But the profession itself, to some extent, we all practice. The state of the environment requires responsible distribution and recycling of materials. So, each of us is a domestic “rag gatherer” who separates metal, paper and textile waste, doing it no longer for money, but from a moral and responsible attitude to nature and the economy.
Dear friends, do you remember the old rag and bone men in Bulgaria? Or maybe your parents told you about them? Try to tell your London friends about it in English! They will be interested and surprised that you know about their “rag-and-bone men”. 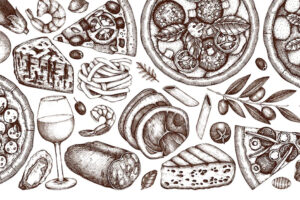 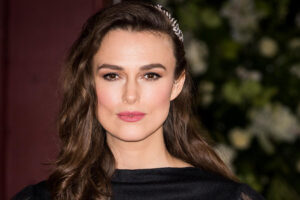